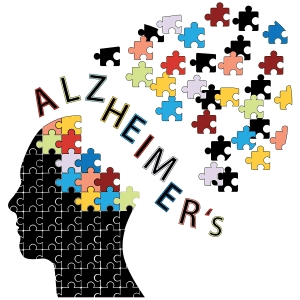 Alzheimer’s disease is a neurodegenerative, progressive form of dementia, and although commonly thought of as an “old person’s disease”, early onset can begin as early as the 4th or 5th decade of life.

According to the Alzheimer’s Association, Alzheimer’s Disease is the only leading cause of death which cannot be prevented, cured or slowed. While we recognize that there are no current FDA-approved drugs which can prevent, cure or slow this horrific disease, we respectfully disagree that there are not viable, safe, non-competitive, therapeutic options to do just that.

Let’s examine the undisputed and medically recognized biochemical and physiological causes of Alzheimer’s.

Fact #1: The hallmarks of Alzheimer’s Disease are an accumulation of amyloid-β(Aβ) plaques, hyperphosphylated tau proteins, and increased oxidative stress due to the abundance of free radicals.

“The existence of amyloid-β (Aβ) plaques and hyper-phosphorylated tau proteins trigger the  neuro-degeneration associated with Alzheimer’s Disease (AD), resulting in cognitive deterioration with impaired speech, vision, behavior, and eventually death. One possible vehicle for deposition and accumulation of Aβ in AD is oxidative stress (OS), caused by the production of reactive oxygen species. In the process of aging and neurodegenerative diseases,” there is a normal decline in antioxidants which increases the brain’s vulnerability to free radicals. This violent combination leads to massive cellular damage. http://www.ncbi.nlm.nih.gov/pmc/articles/PMC4620382/

“Alzheimer’s Disease (AD), unfortunately, is relentlessly progressive, marked with insidious memory impairment , disorientation, personality and judgment dysfunction, speech abnormalities, and a decrease in the ability to take care of one’s self. AD patients often live out their final months and sometimes years in a vegetative state and bed bound, as this tragic illness robs the patient of their individuality and dignity.” http://www.ncbi.nlm.nih.gov/pmc/articles/PMC2941917/

Fact #3: If you have a brain, you are at risk for Alzheimer’s.

None of us is immune to the risk of neurodegeneration and Alzheimer’s Disease. In fact, our risk has increased exponentially due to our lifestyles, diets and environmental exposures.

So, is there hope? Are there therapies you can put in place to PREVENT

We believe the answer is YES!* We do not engage in false hope or marketing hype. We rely on science and research to drive our product development, and the words of scientists, physicians and researchers to state our case.

Let’s examine the scientific research that virtually proves there are legitimate options to PREVENT this scarring, incurable disease.*

So, what’s the next step?

The next step is to understand the pharmacology of melatonin. Melatonin has low absolute oral bioavailabilty due to poor oral absorption and large first-pass metabolism. Melatonin is, on average, only about 15% absorbable. That means if you take a 5mg melatonin capsule you are actually only absorbing about 0.75mg of melatonin. In no way does that represent the therapeutic dosage required to exert a protective, anti-neurodegnerative effect. One recent study carried out their work with 20 mg/kg/day, ABSORBED.

The misinformation and ignoring of scientific facts MUST END. The media and nutritional companies tout the benefits of compounds and ignore the absorption realities. They are giving false hope, robbing your financial resources, and taking away your “therapeutic window” of having a chance to influence your outcome.

“It must be emphasized that the failure of antioxidant clinical trials does not nullify the hypothesis” of the benefits of antioxidants for Alzheimer’s disease. http://www.ncbi.nlm.nih.gov/pmc/articles/PMC4097013/

Rather it highlights the misguided use of inferior antioxidants (vitamins C and E), or clinically sub-therapeutic dosages of viable antioxidants which may very well have preventative properties against Alzheimer’s disease. Studies employing these methods are inherently flawed and erroneously “throwing the baby out with the bath water”.

We strongly encourage you to take some time to read the information regarding Zetpil™’s solution to preventing neurodegenerative diseases. We believe the research is clear that melatonin is a safe (no toxicity even at high dosages), non-competitive (melatonin does not cross-react with any known natural or pharmaceutical compounds), viable option for preventing dementia and Alzheimer’s Disease.*

Ask yourself these questions:

*These statements have not been evaluated by the Food and Drug Administration.  This product is not intended to diagnose, treat, cure or prevent any disease.

The anti-apoptotic activity of melatonin in neurodegenerative diseases

Neurobiology, Pathophysiology, and Treatment of Melatonin Deficiency and Dysfunction

Neuronal Failure in Alzheimer Disease: A View through the Oxidative Stress Looking-Glass

Anti-Amyloidogenic and Anti-Apoptotic Role of Melatonin in Alzheimer Disease

Accumulation of Exogenous Amyloid-Beta Peptide in Hippocampal Mitochondria Causes Their Dysfunction: A Protective Role for Melatonin

Melatonin: An Underappreciated Player in Retinal Physiology and Pathophysiology

Melatonin as an antioxidant: biochemical mechanisms and pathophysiological implications in humans

Does melatonin play a role in aging processes?

Potency of Melatonin in Living Beings